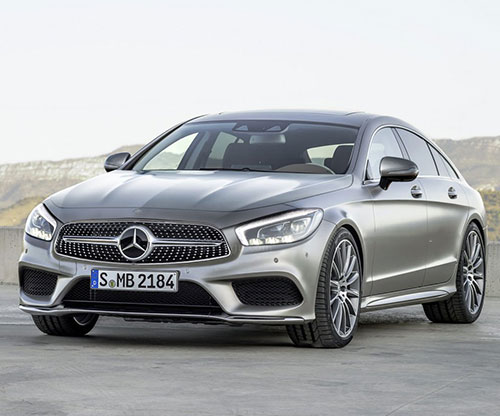 Back in 2004, Mercedes-Benz thought they had a model missing between the E-Class and the S-Class. And this is when they came up with the CLS. This meant a return to an amazing 4-door coupe. At the time this model was replacing the Mercedes E-Class coupe from 1995.

Ever since the time it was launched, the CLS has always been a success in sales. So, we can expect to see a great improvement in the new 2018 Mercedes-Benz CLS. After all, a camouflaged model has already been seen in some German streets.

The Mercedes-Benz Chief Designer, Gorden Wagener, spoke to some reporters during the New York Motor Show. And he was actually pretty open speaking about the new and improved 2018 Mercedes-Benz CLS. According to Gorden, we can expect to see not one but two different models: the CLS and the GT four-door concept. While the first one if for the more traditionalists Mercedes-Benz lovers who want luxury, the last model is meant for people who want to have their own race car. 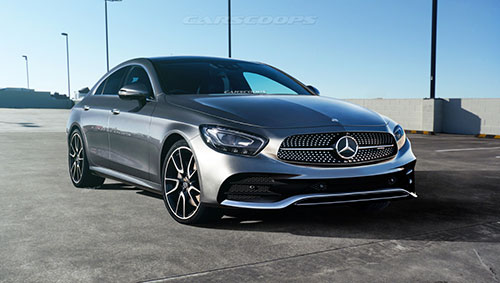 Although there isn’t still a date for the launch of the 2018 Mercedes-Benz CLS, we are hoping to see it debut at the end of 2017. So, you can expect its launch to happen during the first half of 2018. 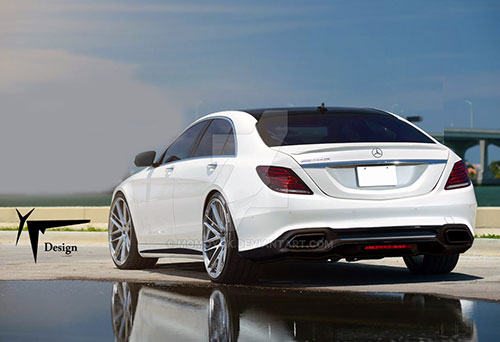 According to Mercedes-Benz, you can expect a completely different rear on the new CLS. There should be new flanks, new boot-lid, and new lights as well.

From the images we had the chance to see when the 2018 Mercedes-Benz CLS was being tested in Germany is that it looks a lot less aggressive than the current model. However, and considering what the Chief Designer of the company said, the model that we saw may be the traditional 2018 Mercedes-Benz CLS which suits perfectly to who is looking for an absolute luxury. For all the others, you’re going to wait and see for the new GT concept.

In what concerns to the front of the 2018 CLS, we were able to see a large front grille with the Mercedes logo on the center and a smaller and lower grille that is flanked by the fog lights.

The small windows make the perfect complement to a sports car like the 2018 Mercedes-Benz CLS. 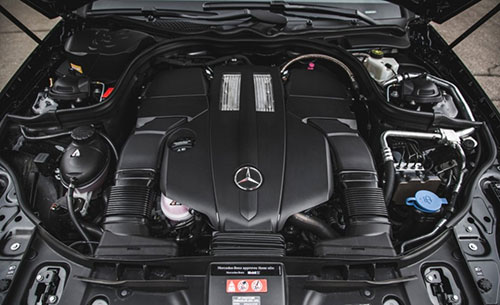 From our perspective, we believe that the 2018 Mercedes-Benz CLS will come with a straight 6 engine, available as a diesel and gas option, as well as there might be some add-ons for people who want to have more performance.

We believe that the base model of the 2018 Mercedes-Benz CLS should have about 300 of horsepower.

According to some rumors, the AMG version of this model may include a different engine. It should come with a 3.0 liter straight 6 with turbocharging, which is able to produce about 450 of horsepower. If this is true, this means that Mercedes is going to drop the V8 engines.

Despite the fact that this hasn’t been confirmed, there is still a chance for you to get a V8 on a  CLS – if you decide to get the four-door concept GT. 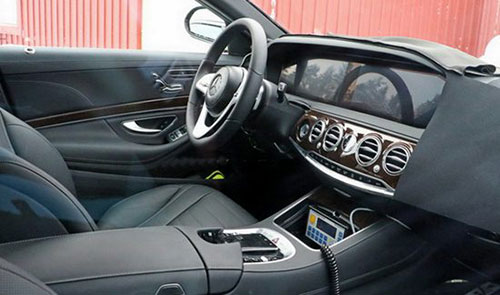 When you are looking at a Mercedes.Benz, you know they have aesthetical and technological details that no other brand has. So, even if you decide to get the base model you should expect to get many features like high-quality media systems, USB, Bluetooth, and rear-facing cameras. Many other features will be included as extras by the company.

The 2018 Mercedes-Benz CLS interior should be very similar to the new S-Class.